Updates from Our Blog 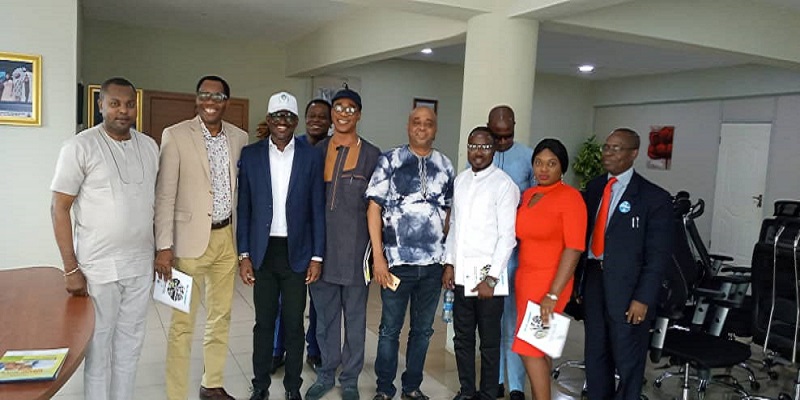 In its efforts to achieve Universal Health Coverage in the State, the Delta State Contributory Health Commission has collaborated with the Ika Village Square Organisation, a community based Organisation for all Ika speaking people in Delta State for its on-going Access to Finance Programme.

The Director General and Chief Executive Officer of the Commission, Dr. Ben Nkechika made this known during their courtesy visit by high-powered Exco Members of the organisation in the Commission’s head office on Tuesday, 19th November 2019. .

In his speech, the DG spoke extensively on the scheme, explaining its background analysis, baseline access and survey, successes and challenges which led to the birth of the Access to finance programme to expand availability of healthcare service in rural communities. While speaking, Dr. Ben Nkechika described the fundamentals of the Access to Finance Programme and its achievements so far in revitalizing defunct healthcare facilities in rural communities for quality healthcare services under the Commission.

Speaking further, the DG mentioned that the Commission has set up a model involving the Opinion Leaders and this led to soliciting their support. ‘We need to get it right in Ika South and North East, because it is the core area. We need the opinion Leaders involved in the service system. If that works it will be replicated all over the state,’ he said.In response, the Secretary of the visiting Team, Mr. Mgboli Rueben, said ‘we promise our cooperation. We also want to see how the collaboration will be extended, and as political leaders, how the information will get to the grassroots’.

The Ika Village Square was founded in 2016 entirely for Ika speaking people that are found in Delta and Edo States. It is a community based organisation. The objectives of the group include advocacy, orientation etc. The visiting Exco Members were Bar. Eugune Uzum, Director General, State Orientation Bureau, Mrs. Ifeoma Agborma, Executive Assistant to the Governor, Reuben Mgbosi, SSA to Governor on Research and Planning, and Eghebi Willaims who is the Secretary of the Organisation, among others.